So what did everyone think of Wednesday’s episode of the Real Housewives of Salt Lake City? Usually, the pilot episode is more of a ‘get to know’ episode; however, Salt Lake City certainly broke that mold. Needless to say – I’ll be watching.

One of the main storylines will likely revolve around Jen Shah and Mary Cosby, who are feuding about, of all things….odor. How very Housewives of them! Jen was insulted that Mary said she smelled like a hospital as Jen had just got back from having to see her poor aunt have both legs amputated. Instead of being sympathetic, Mary only commented on how Jen smelled.

In an exclusive from Page Six, Jen Shah spoke with the outlet about Mary stating: “The kicker is I didn’t even go to the hospital! So you’re just being evil. I mean, you know, I know that she’s a woman of God and all, but that’s not very godlike. At least in my church.”

Jen continued: “I just want her to apologize and say sorry. I’m very easy. Like, I know people make mistakes, even though that mistake was like … that’s just like you’re not a nice person. But, hey, let’s just apologize and mean it, be genuine and then let’s just move on. We can do that. That’s literally all I want from her to move forward. I don’t know if she’s capable of that. Maybe she can go back to her church and pray and then come back and let me know.”

Although we’re only one episode in, I’m Team Jen on this one. If you did make a rude comment, apologize and move on. If religion is what you are known for, own up to your mistakes and receive an apology. On the other hand, it is Housewives so I’m sure there is more to the story that will continue to come out.

Thoughts on the premiere episode? Who do you side with: Mary or Jen? PHOTOS: See RHOSLC Star Jen Shah’s Shocking Before and After! 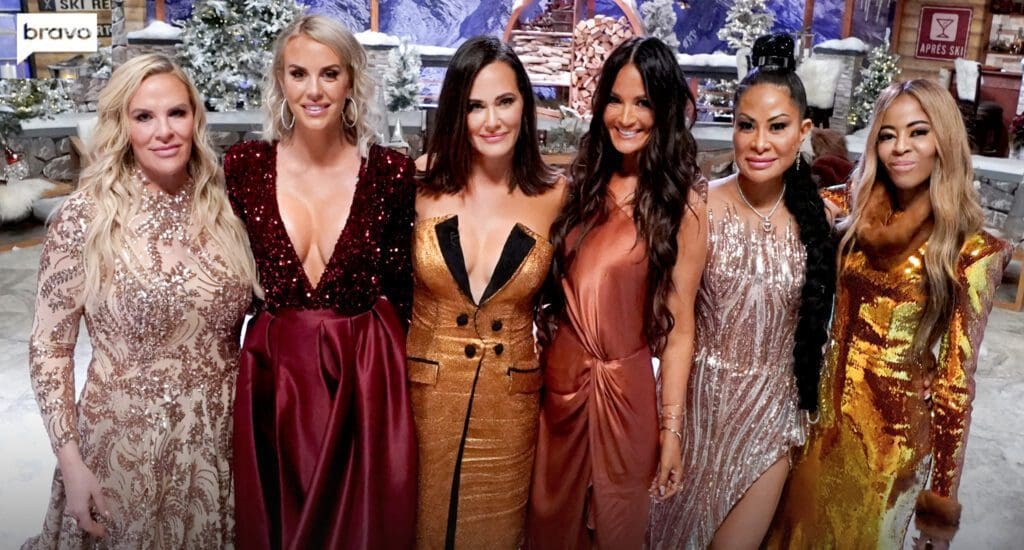 RHOSLC Season 1 Reunion Looks – Tell Us Which Look Is Your Favorite!

RHOSLC Star Jen Shah Slammed By Fans For Saying You Can Catch AIDS From Kissing
RHOSLC: Lisa Barlow Was ‘Shocked’ To Learn Co-Star Mary Cosby Is Married to Her Step-Grandfather
Comment