The wait is over Orange County fans! Despite it being a groundbreaking season (no OG of the OC) we’re still bound to have all of the drama that we love – so where do we start off this season?

Well, for one, we start off season 15 seeing Shannon Storms-Beador’s new boyfriend. Apparently the two met through a mutual friend (the best way to meet) and dare I saw they look like a cute/happy couple? Their new house is nice but seems a bit small for their blended family of six children. I’m getting a serious Brady Bunch vibe, but am happy to see Shannon smiling (for the first time in what seems like forever.)

Speaking of new men, Kelly’s man Rick has taken on the reality beau/stepdad role like a duck to water. I’m honestly shocked that a known TV reporter would be okay with this type of reality shows as they can kill professional reputations. The three enjoy a sun soaked day on the boardwalk, complete with a psychic that tells Rick that Kelly is the right woman for him (at least in the bedroom.)

Also starting new beginnings and relationships is Gina Kirschenheiter who has a glow up version of her casita, once again Brady Bunch style. Gina is also rocking the blended family a la Shannon Storms, and is making her home work with a house full of children. The ladies seem weary of Kelly and Braunwyn who are bound to be the villains this season as Shannon and Gina seemed to have formed a bond considering they have almost identical experiences.

Unlike previous seasons, we get to meet the new girl right off the bat, as the new girl Elizabeth is front and center (literally) living right on the Newport boardwalk. The girl is definitely rich (and is apparently the ex of a billionaire) which explains how she affords her extravert lifestyle. Braunwyn and Kelly stop by for champagne and Braunwyn lives my personal nightmare of being assaulted by a champagne cork. Emily seems to fit into the Braunwyn and Kelly vibe and looks like the quintessential OC blonde that loves to have fun and let loose. TBH I can’t tell if I like her or not, but I have no doubt she will fit in

While everyone else may have new loves, Emily is still trying to keep that spark alive by going on a date night with her husband Shane. Props to the two of them for trying to keep the romance alive, but their date nights are always sooo awkward to me. The kiss alone was beyond cringeworthy but fortunately they can gossip about Braunwyn’s excessive drinking to distract themselves from the uncomfortable moments.

As Braunwyn shows off her new digs, Gina tries to work off her happy pounds. I love that Gina is so rational and instead of crying about gaining some weight (a la Shannon) she laughs it off and hits the gym. Loving your real and positive attitude – get it Gina! Kelly and Gina also talk about Braunwyn’s excessive drinking which apparently took place before the season started. It must be bad if everyone can’t stop talking about it; however I wish we would see more of what they are referring to. We all know that Braunwyn’s marriage is allegedly on the rocks so perhaps she is hitting the bottle to hide some pain?

We learn more about the new girl Elizabeth who may life in the OC but is a MO country girl at heart (and has the accent the prove it.) She has found purpose after divorce by running dog charities and starting her own company. Elizabeth aside, the ladies attempt to work out old wounds as Kelly and Shannon make peace after Kelly extends an olive branch. While the ladies toast with tequila, Braunwyn takes a break from drinking to play mediator.

Braunwyn’s drinking seems to be the main theme this season as Emily comes over to discuss it with her. Braunwyn ends up tearing up and apologizing to Emily for getting defensive about her drinking, as she was right. Apparently Braunwyn went on a four day bender and even started shaking after she would stop (which is pretty terrified considering the physical toll it was taking on her body.) Braunwyn admitted that she hid alcohol, drank until she threw up and was even begged to go to rehab by her husband Sean.

We end the season with Braunwyn admitting that she is an alcoholic which I can honestly say that I was not expecting.

Thoughts on the premiere?

Taylor Armstrong Breaks Her Silence on Joining Season 17 of RHOC as a Friend As Bravo Fans Petition for her to be Full-Time; Plus Some Fans Want Teddi Mellencamp to Join RHOC

What We Know About the Season 17 Cast of RHOC: Find Out Who’s Full Time, Which Former Cast Wife Is in Negotiations and So Much More! 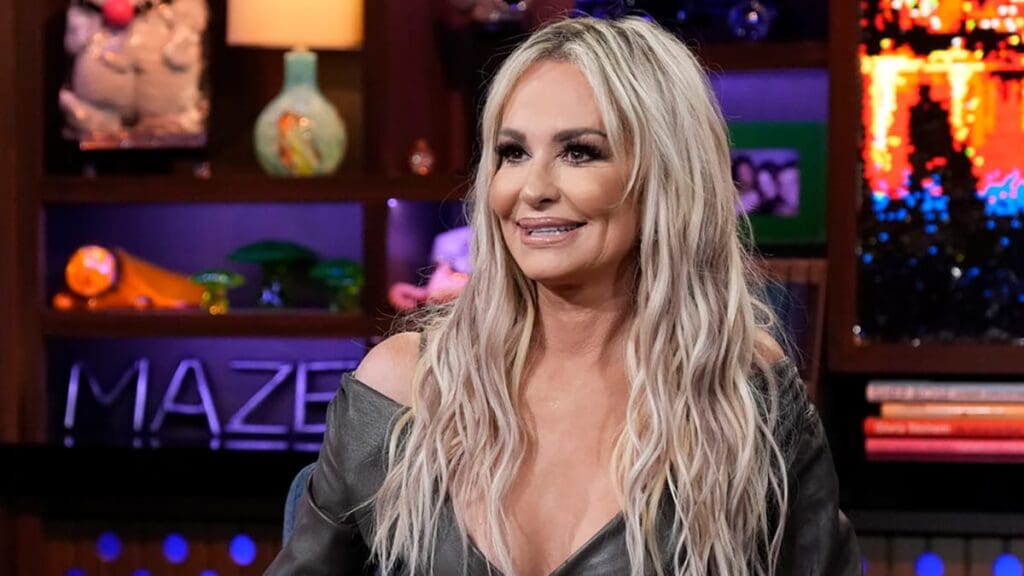