Lisa Vanderpump took over Las Vegas this past weekend and celebrated the opening of her Vanderpump Cocktail Garden at Ceasars Palace.

The restauranteur was surrounded by her family and famous friends as she painted the town pink.

Painting the town PINK this weekend for the Grand Opening of @VanderpumpVegas at @CaesarsPalace !!! #LisasPalace

However, Lisa’s Real Housewives of Beverly Hills co-stars were nowhere in sight.

Vanderpump explained their absence during an interview with Page Six.

“Well, I did have an invitation to them because I had it on email and it was all written out for all of them, you know. And they’re not here,” Vanderpump explained. “I think it was probably because I forgot to press the send button.”

One exception was co-star Camille Grammer who flew out to Vegas with Vanderpump and celebrated with her all weekend long. Former RHOBH star Joyce Giraud also attended the opening with LVP and Camille.

The start of our amazing Grand Opening weekend- thank you so much @jetsuitex for making the trip so easy!!!

“We’re actually filming ‘Housewives’ here tonight, funny enough,” Vanderpump said. “[Cameramen are] here tonight. That’s why Camille and I — we’ve been friends for years, she came to join me.”

The Vanderpump Rules crew also showed their support for “the biggest boss” LVP.

And they couldn’t be more proud.

“We’re so proud of you, Lisa Vanderpump,” Lala Kent said on her Instagram Stories the night of the event. “The biggest boss I ever met.”

“Feels like a dream — as I arrived here, they put a crown on my head,” Vanderpump was overheard saying on someone’s Instagram stories. “Some people think I don’t deserve that crown.”

Meanwhile, Stassi Schroeder revealed that she got a special nod at Vanderpump’s new Cocktail Garden.

Check out all the photos from the Vanderpump Cocktail Garden grand opening!

The Real Housewives of Beverly Hills airs on Tuesdays at 9 p.m. on Bravo.

Thoughts on the grand opening of the Vanderpump Cocktail Garden? Are you surprised the RHOBH cast wasn’t invited? Is it odd that Bravo filmed the opening for RHOBH? Will Camille’s attendance put her on the outs with the rest of her co-stars? Should LVP do another spinoff show in Vegas? Sound off below! 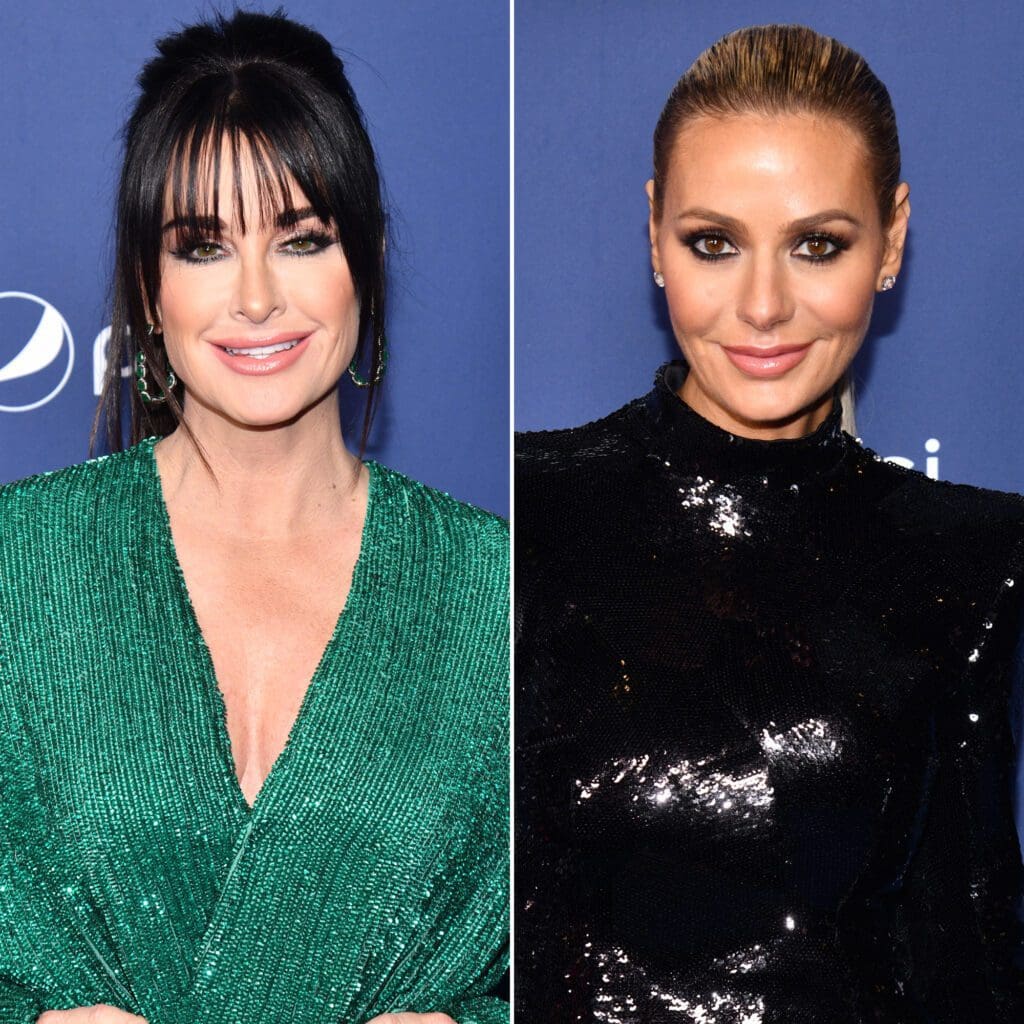 Brandi Glanville Reveals She’s Not Pregnant, It Was An April Fool’s Day Joke!
PHOTOS: James Kennedy Spotted Drinking in Vegas – Was James Sobriety On Vanderpump Rules All An Act?!
Comment